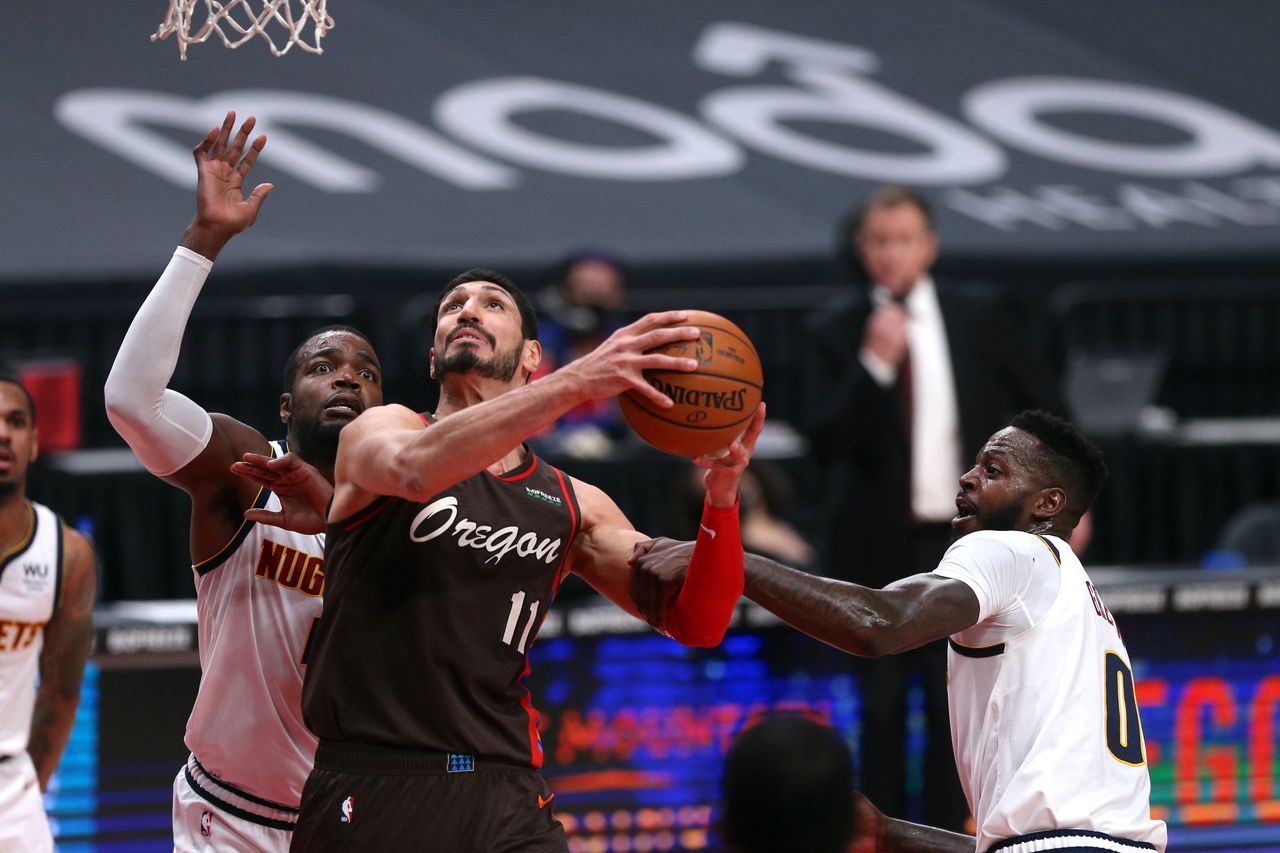 By Kurt Bresswein | For lehighvalleylive.com

The Greater Valley YMCA said it is hosting the clinics in partnership with the Chestnut Retreat Center and Lehigh Dialogue Center on Monday, July 19. Each lasting about 60 to 90 minutes, followed by time for autographs, photos and refreshments, they are scheduled 10 a.m. to 12:30 p.m. at the Slate Belt Y in Pen Argyl and 3 to 5:30 p.m. at the Allentown Y.

The clinics are open to children ages 8 to 18 years old. Those between the ages of 8 and 11 must have an adult present. Youth participants are encouraged to bring their own memorabilia, according to Wednesday’s announcement.

Featuring Lehigh University alumnus C.J. McCollum, Portland this year made the NBA postseason, falling in six games to the Denver Nuggets in the first round of the Western Conference playoffs.

Kanter in 2011 was the third overall pick of the NBA draft, and he’s also played for the Boston Celtics and New York Knicks.

“For a decade, Enes Kanter’s NBA career has taken him coast-to-coast and provided a platform for his courageous activism while also showcasing his basketball skill,” the Greater Valley YMCA said in a news release Wednesday. “His footwork is forceful but precise, his shots delicate, and his layered understanding of the game visible in every rebound he chases. Now, young people in northeast Pennsylvania have a chance to learn basketball directly from this acclaimed NBA player.”

Households across our community have different needs so we offer a variety of membership types. Each of our locations offer many different programs, schedules, and classes therefore offerings and fees may vary by branch.

Please select a branch near you for more information

Every day, we work side-by-side with our neighbors to make sure that everyone, regardless of age, income or background, has the opportunity to learn, grow and thrive. At The Y, no child, family or adult is turned away due to an inability to pay.

Financial assistance awards are assessed on a case by case basis during a one-on-one, confidential session with a staff member. Those interested in applying for our financial assistance program are encouraged to download this form in English or download this form in Spanish, or stop in to any of our branches to learn more and pick up an application.

To register for member and non-member programs, please use our secure Online Registration.

Our Mission  |  To put Christian principles into practice through programs that build healthy spirit, mind and body for all.